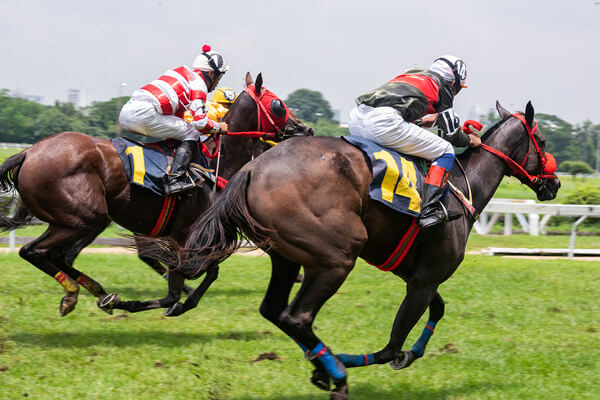 The National Horseman’s Benevolent and Protective Association (HBPA) and eleven state affiliates filed a federal lawsuit on March 15, 2021 seeking to prevent the Horseracing Integrity and Safety Act of 2020 (HISA) from being implemented.  HISA is a landmark piece of legislation that is set to transform the Thoroughbred racing industry by standardizing anti-doping regulations and racing practices.  While advocates of HISA have praised its passage as a game-changing piece of animal welfare legislation, its opponents raise constitutional concerns related to the non-delegation doctrine and due process.

Signed into law by President Trump as part of an omnibus bill providing COVID-19 relief, HISA implements major changes to the Thoroughbred racing industry’s oversight of drug and medication rules and racetrack safety standards.  Although originally introduced six years ago, the bill gained traction after Senator McConnell (KY) announced his support in August.  Proponents of the bill emphasized animal welfare concerns and the need for significant reform to the horseracing industry, which has recently come under heightened scrutiny for doping and equine racetrack deaths.

Historically, Thoroughbred racing was regulated by individual states through State Racing Commissions.  This patchwork of regulation led to inconsistent standards and enforcement.  HISA would change that by establishing uniform rules and penalties across the country, both in relation to anti-doping and track safety standards.  Once in effect, drug testing and other sport regulation will transition from the purview of individual State Racing Commissions to the newly established Horse Racing Integrity and Safety Authority and the United States Anti-Doping Agency (USADA).  While the law only applies to Thoroughbred race tracks, State Racing Commissions may elect to opt-in Standardbred and Quarter Horse racing.

Although anti-doping regulations and track safety are key aspects of the bill, HISA also provides language to ensure that U.S. horse slaughter plants remain closed and to enforce the Horse Protection Act to prevent and punish horse soring.

HBPA’s lawsuit focuses on perceived constitutional violations arising out of the manner that HISA delegates power.  Specifically, HISA recognizes a private, self-regulatory, nonprofit corporation, the Horse Racing Integrity and Safety Authority (Authority) as the body to develop and implement the anti-doping, medication control, and racetrack safety programs for horses and entities covered by the act.  The Federal Trade Commission (FTC) is granted an oversight role.  The named defendants are the Authority, individual members of the Nominating Committee for the Authority, the FTC, and individual FTC Commissioners.

The lawsuit alleges that HISA’s delegation of responsibility to the Authority is unconstitutional because it violates the non-delegation doctrine, which prohibits Congress from granting regulatory authority to private entities.  The plaintiffs highlight the various powers delegated to the Authority, including the right to draft governmental rules on equine medication and safety, to assess fees to finance the operation of the Authority and civil penalties for violations of Authority rules, and investigative power regarding purported violations.  The plaintiffs contend that FTC oversight contemplated by HISA cannot overcome the constitutional deficiencies because the oversight is purely ministerial and without an “intelligible principle” to guide its discretion.  The plaintiffs allege that they are harmed by being forced to pay fees imposed by the Authority and because they are subject to “new and onerous Authority rules” which alter the rules and standards set by the State Racing Commission on which the racing industry has long relied.

The lawsuit also alleges violations of the Due Process Clause of the Fifth Amendment based on the economic self-interest of members of the Board of the Authority.  The gravamen of this claim is that HISA improperly grants a small group of owners and trainers the right to regulate the horseracing industry to their own benefit, and to the detriment of their competitors.

Plaintiffs moved for a preliminary injunction, concurrent with their Complaint.  Defendants will require time to respond to both the Complaint and the motion for injunctive relief.  The horseracing industry will closely follow this litigation, not only because of the immediate impact on Thoroughbred racing, but also because of the potentially far-reaching impact this bill could have on other breeds.

For more information on this topic or any other concerns related to equine law, please contact Johanna Sheehe, Esq. at jsheehe@sheeheandassociates.com.